Years ago, a report was published about the groupthink at NASA that had led to the Challenger disaster. Upon reading it, I thought it sounded awfully familiar. At the time, I worked in a company where people who challenged the group too much were labeled â€œnot a team player,â€ and to hold strongly to a contrary position meant you were â€œfalling on your swordâ€ over it. As a result, conflict was generally avoided in this organization.

In an effort to shine a light on our own dysfunction, I sent the NASA article to the rest of the team, including the leader, without much of a preamble. At the next meeting, the leader asked what people thought about the article. The response was dead, awkward silence, the kind that made me want to disappear into my chair. The leader asked me directly what I thought. Proving the point of the article, I shrugged noncommittally and said, â€œI just thought it was interesting.â€ 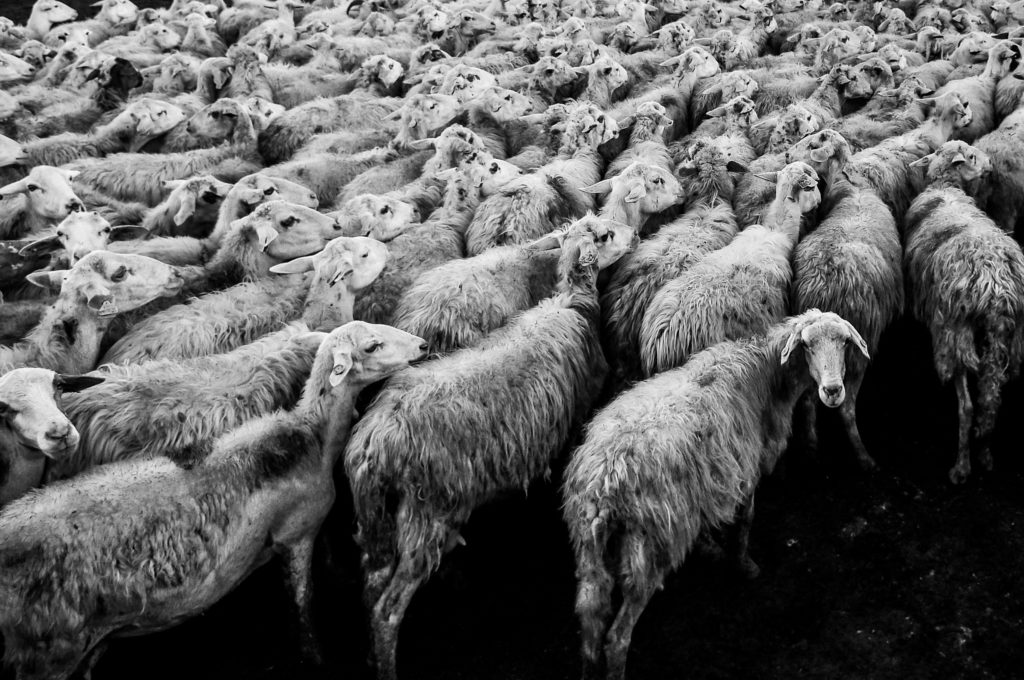 Acceptable behaviors are modeled by those in the group, and those with authority are the strongest role models. When people in the group conform to the group norms, they are rewarded with acceptance and success. Because itâ€™s comfortable, we often donâ€™t notice that itâ€™s happening. We just know instinctively to keep doing it.

Unacceptable behaviors, on the other hand, are met with a variety of negative reactions: ridicule, disgust, shock, chiding, concern, warning, and yes, awkward silence. Even a little bit of the resulting discomfort is enough to correct the â€œwrongâ€ behavior, as evidenced in the story above.

When the change youâ€™re trying to influence causes people to step outside the boundary of acceptable behaviors of the organization, the culture will go to work to stop them, unless you interrupt it. Here are a few ways to disrupt the cycle of peer pressure:

Drive awareness. Help people notice their response to the new (out-of-bounds) behavior, and how the response discourages it. Given the opportunity to do the NASA-article meeting over again, I could have come prepared with specific examples of the parallels I saw with our own behavior. I also could have called attention to the deafening silence and how it prevented me from speaking up.

Halt the negative response. Gain agreement and commitment to consciously avoid the negative reaction to the desired behavior. In the meeting, we could have agreed that silence is not consent, and committed to working to stop avoiding conflict.

Facilitate discomfort. Both the people doing the new behavior and those who are experiencing it will be uncomfortable. Give people space to feel the discomfort and help them understand it. In the meeting, we could have examined our hesitancy to discuss the groupthink article, and practiced saying uncomfortable truths.

Model new responses. Decide an alternate, reinforcing response to the desired behavior as a group. Be deliberate about modeling it until it becomes a more automatic response. In the meeting, we could have decided to be curious when someone disagrees with us, and to name our defensiveness rather than acting on it.

Agree on accountability. Itâ€™s easy to go back to the way things were. Once you agree to stop responding negatively to a desired behavior, take the next step to decide when and how you will hold each other accountable. At the end of the meeting described above, we could have agreed to bring attention to times when we fall back into old habits with kind but direct reminders.

The pressure to conform to a group is very strong, especially in the face of established norms. Change that runs counter to the existing organizational culture happens more often than we realize. To enable change that requires people to step out-of-bounds, find ways to interrupt the peer pressure that upholds â€œthe way we donâ€™t do things around here.â€

Five Origins of Change and Their Impact on Urgency
Next Post: How to Keep Mixed Messages from Sinking Your Change Initiative