Change starts with an idea that something should be different. That idea can come from anyone in the organization. But to affect change, that idea has to get to a point where it can be acted upon.

So what does that drop of water look like that propagates out to the rest of the organization? Here are four ways I’ve seen change introduced into organizations. 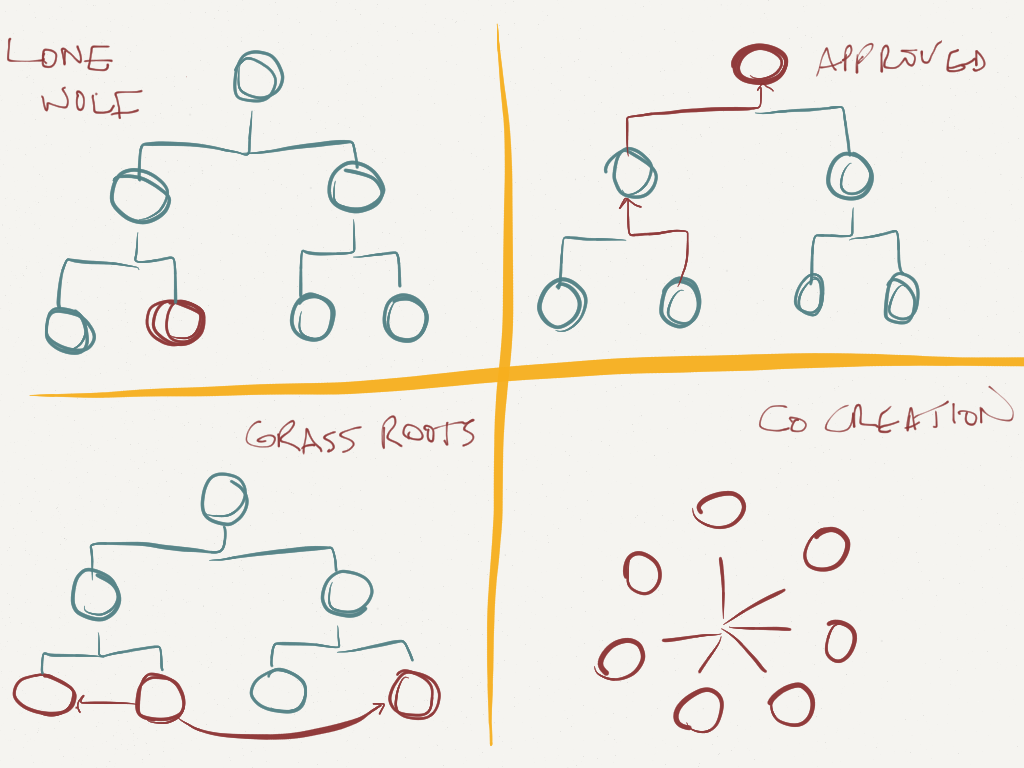 Sometimes an individual just decides to do their own job differently, and the change is in stealth mode for a while.Â  If they’re lucky, someone sees the results and wants to replicate them within the organization (although they might consider themselves lucky if no one finds out). If they’re unlucky, someone tells them to stop.

Often change goes through the “appropriate channels” within the organization, gaining approval up the chain of command until it reaches the right level of authority. Both the problem and the solution are brought to someone who can say “yes, let’s do this.” The result then is usually a top-down roll out of the change.

Grass Roots change is like the Lone Wolf with more socialization. Friends and colleagues share a common problem and decide to come up with a solution at their level in the organization. As more people adopt the new way of doing things, it may force a decision about which way people will work going forward.

With co-creation, people from all over the organization get together to define the problem and develop the solution together. Instead of the change being designed by one or a few individuals, the group defines and designs the change together.

Which of these have you seen, and what others would you add from your own experience?