When implementing change in your organization, you may come to a point when you’re frustrated because your ideas don’t seem to go anywhere. Your suggestions are getting shot down or ignored, but no one seems to have any better ones for moving forward. 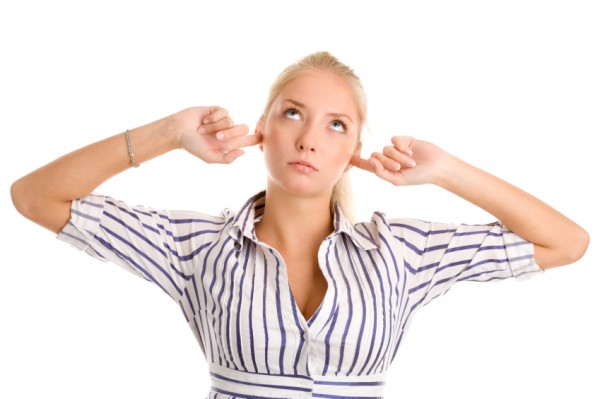 How can you be heard when no one’s listening? The following tricks can open up dialogue when you’ve reached an impasse.

Check Your Own Expectations

When you say no one is listening, are they really ignoring you, or does it mean no one agrees with you or people aren’t doing what you want? Your frustration is caused in part by your interpretation of others’ behaviors (or lack thereof) in response to what you’re saying. Separate the facts from what you think they mean, so you can act more objectively. If people aren’t doing what you expect, maybe your expectations need a dose of reality. If people won’t do what you want, perhaps they’re not the only ones being stubborn. Let go of having to do things your way.

If no one is listening to your suggestions for how to implement change, then somewhere along the way, the paths toward change may have diverged. You’ll have to backtrack to find out where people are on their own path. If the problem you’re solving is obvious to you, you may think everyone else sees it and agrees what it is. But if your suggestions are falling on deaf ears, it may not have anything to do with your proposed solution. People may think you’re solving the wrong problem, or may not even see the problem at all. Take a couple steps back to gain agreement that a problem exists, and what that problem is. Find the common ground on which you can build further agreement.

Listening is a two-way street. If you feel like you’re not being heard, then it’s likely you’re not the only one in the conversation who feels that way. Open up dialogue with genuine curiosity about their point of view. Help others work through their own resistance by making it ok to express it, and by working to understand what’s causing it, without judgment. Rather than advocate for a specific solution, show that you want to work together to come up with a path forward that can work for everyone.

Let’s face it, not everyone has the same influence in your organization. And while it can be infuriating when someone else suggests the same idea as you and gets different results, partnering with someone who has more sway can help your idea be heard, even if it’s not directly from you. Find people in the organization who also feel your pain (or whose pain may have similar solutions) and see what you can do together within your joint span of influence.

Think Inside the Box

When you’re at an impasse, you may have to stop trying to eliminate your constraints and instead be creative within them. People insist something can’t be done? Leaders aren’t interested in your suggested course of action? Instead of arguing, look for ways to dress what you know they need so it looks like something they want.

When no one seems to be listening to your ideas, shouting them louder is probably not the way to be heard. Instead, evaluate your approach to see where you may be causing people to stop listening. Look for ways to open a dialogue. Find where you do agree. Ask curious questions and listen. Find partners who can expand your influence. And if necessary, be creative by fitting solutions within the walls people have put up, so they will listen.

Previous Post: « Interview: Leading Change With and Without Authority
Next Post: Can’t Get Support for Change? Just Hide It »