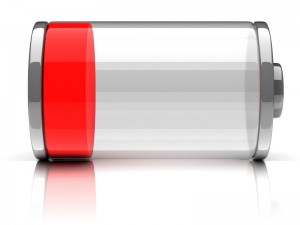 Much energy is generated at the beginning of a change initiative to draw attention to the need for change, generate excitement about the vision, and coordinate activities. After the change initiative has been launched and some progress has been made, it is easy for the organization to fall into complacency. Thinking the initiative can coast without additional effort, managers and others drop the energy level. As a result, the organization starts treading water mid-stream, or worse, settles back into the old way of doing things.

If your initiative has started to lose its luster, try the following activities to muster the energy to continue making progress.

At the beginning of a project, when there are many low-hanging fruits to work on, it is easy to see progress. Early achievements stand out in stark contrast to the way we’ve always done things, so they are natural to celebrate. After a while, though, progress can become harder to notice. Recognizing continual achievements can seem superfluous. Yet without acknowledgment it can seem as though nothing is happening at all, leading to frustration. Bolster progress by seeking out, recognizing and celebrating small achievements even after they become less obvious or seem redundant.

Renew the Sense of Urgency

The discomfort that initially drove the need for change may seem distant once some progress has been made. Without the proverbial fire lit under them, people forget what they were trying to get away from. There are three ways to renew the sense of urgency for change. 1) Even if things are better now, we still have more to go. 2) Even though we no longer run from the past, we are in danger of slipping backwards if we rest on our laurels. 3) As a result of the changes so far, we uncovered new problems we need to fix. Make the message clear: we can’t stop now.

The future you embarked upon at the beginning of the initiative may be different than the one that is possible now that progress has been made. The vision that may have been inspiring then may not generate as much energy now. Verify that the original vision is still where the organization wants to go. If so, recommit to achieving it. If progress so far has enabled a new future, then define a new vision that will build renewed energy for change.

After a while, posters, slogans, and other souvenirs of change can become invisible and lose their impact. While being consistent enough to avoid flavor-of-the-month syndrome, keep the message fresh. Though the connections between their activities and the initiative may seem obvious, to employees they may not be so clear. Keep making new connections and talk about it so people know the initiative hasn’t gone away.

After the excitement of the initial launch, your change initiative may hit a lull. Take action to muster a renewed energy for change, so you can avoid sliding backwards or treading water without fully achieving your initiative’s goals.

Previous Post: « Interview: How to Get Things Done When You Feel Powerless
Next Post: Implement Change with More Influence, Confidence and Impact »