You don’t have to be in or near the field of change management long before you hear a daunting statistic:Â  70% of change initiatives fail.

It’s mentioned in passing as a fact in most change management books and articles nowadays. I’ve quoted the statistic myself in presentations, and I’m sure the mention of the number has helped me (and many others) gain business over the years. Google “70% change failure rate,” and you’ll see 1.96 million results.

The trouble — and the great news — is that there is no solid evidence that it’s true. 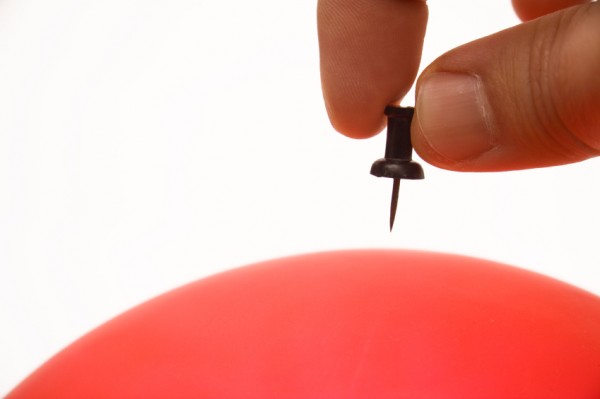 In 2011, Mark Hughes of the University of Brighton wrote about his research into the source of the statistic in The Journal of Change Management:Â  Do 70 per cent of all organizational change initiatives really fail?Â  I encourage you to read it for yourself, but to summarize, he found that all the references can be traced back to a few main books or articles:

“Sadly, we must report that despite the success stories described in previous chapters, many companies that begin reengineering don’t succeed at itâ€¦Our unscientific estimate is that as many as 50 percent to 70 percent of the organizations that undertake a reengineering effort do not achieve the dramatic results they intended.”

“In Reengineering the Corporation, we estimated that between 50 and 70 percent of reengineering efforts were not successful in achieving the desired breakthrough performance. Unfortunately, this simple descriptive observation has been widely misrepresented and transmogrified and distorted into a normative statementâ€¦There is no inherent success or failure rate for reengineering.”

In my own digging into this topic, I’ve found experts like Ken Blanchard and Daryl Conner also referenced their own research and estimates that 70% of change initiatives fail, without citing specific evidence. It’s hard to argue with the experts! But for a statistic that is taken as truth at this point, there is a serious lack of concrete evidence.

The 2008 “Making Change Work” study by IBM shares a survey of more than 1500 change practitioners, in which they found that 41% of projects met their objectives. The remaining 59% missed at least one objective or failed completely. It’s important to point out that this statistic is not 70%! And it also assumes again that anything short of perfect is failure.

Is change management challenging? Yes. Do we always get the results we expect?Â  No. We can’t predict with certainty how people will react to change and what will work to move them in the same direction. Measuring ourselves with a failure rate ignores the fact that change is a discovery process. What we think success will look like and what it looks like when we get there may be vastly different, and it’s something that is uncovered as you manage the change.

If the 70% failure rate is a myth, it explains why:

So let’s call it like it is:Â  The 70% failure rate is a myth, an urban legend. Let’s stop claiming that “studies show” and it’s “a well-known fact” that 70% of change projects fail. If you have real data, by all means, please share it. But let’s stop perpetuating a misleading statistic that has no concrete evidence.

Instead, let’s rejoice that our projects do not have a 70% chance of being doomed from the start. Through steady plodding, stepping out with courage, and using practices that respect and involve the people going through the change, our projects can succeed.

Other bloggers who have also explored the myth of the 70% failure rate make some great points as well: